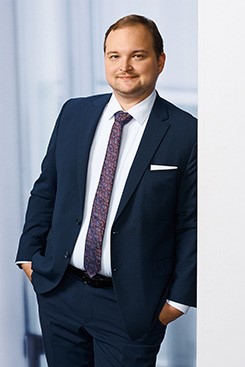 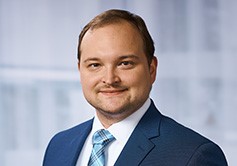 Christian Kempges practices as an attorney for WINHELLER in the areas of assets, foundations, succession and public commercial law.

In addition, Christian Kempges advises both private clients as well as the public sector in all areas of public commercial law. This includes, among other things, state aid law audits, restructuring, grant and subsidy procedures and municipal law issues.

Christian Kempges successfully completed his studies at the University of Mannheim to become a corporate lawyer LL.B. and passed his first state examination. During his studies he already specialized in tax law from a business and legal perspective. In October 2017, he joined WINHELLER as a research assistant with a focus on tax law.

He then completed his legal clerkship in Baden-Württemberg, where he worked for the tax authorities, Clifford Chance LL.P. and WINHELLER. Prior to his studies, he completed an apprenticeship as an industrial management assistant at the Düsseldorf-based family enterprise Teekanne GmbH & Co. KG. In his spare time, he is a passionate cook.

WINHELLER is one of the azur top employers 2021 in the area of succession/property/foundation.

For the sixth time in a row, WINHELLER was included in the internationally renowned handbook of law firms.