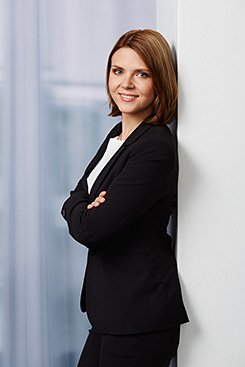 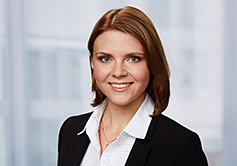 Svetlana Tammer is an experienced Russia-trained Attorney and works at WINHELLER's head office in Frankfurt am Main. As a native Russian-speaker, she is a key contact for our Russian-speaking clients, whom she assists with matters involving Corporate Law, International Business Law, and Intellectual Property Law.

Prior to joining WINHELLER, Svetlana Tammer worked as an attorney for a Russian consulting firm for several years and was responsible for IP matters in the IT sector. In addition, she worked as an attorney in the Department of "Intellectual Property and Administrative Matters" at a major Russian TV station.

Svetlana Tammer studied law with a focus on Private International Law and Civil Law at the Moscow State Institute of International Relations (MGIMO University), one of Russia's most prestigious universities. The title of her master's thesis was "The European Unitary Patent: Problems and Prospects." And in 2014, she earned her Master of Law with honors.

During her Bachelor of Law studies, she majored in "Private International Law and Foreign Trade Law", and she completed her secondary school education with high honors and won several awards in law and social science competitions at both regional and national levels.

Svetlana Tammer is now training to become a licensed attorney in Germany and recevies the sought after scholarship called 'Deutschlandstipendium' of the Federal Ministry for Education and Research.