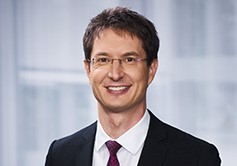 Attorney Winheller studied law at the Universities of Heidelberg, Bielefeld, Speyer and Cologne, where he majored in tax law. After being admitted to the German Bar, he completed his postgraduate studies in U.S. tax law as a merit scholarship recipient at Golden Gate University in San Francisco and received his LL.M. in Taxation degree “with honors.” During his stay in the U.S., Stefan Winheller focused his studies on the taxation of U.S. nonprofit organizations and foundations as well as international tax law. In his dissertation-thesis, he compared the nonprofit tax laws of Germany and the U.S. For more than seven years, he was the CEO of American Friends of Germany, Inc., a former U.S.-based charity that supported the U.S. fundraising efforts of German charities.

Stefan Winheller volunteers as chairman of the foundation board of the charitable Karg Stiftung, which dedicates its work to the promotion of gifted children and adolescents. He has published numerous articles and is a sought-after lecturer for events concerning nonprofit and tax law. Organizations for which he has lectured include DATEV e.G., the Tax School Dr. Endriss and the Abbe Institute for Foundations of the University of Jena, Germany. Attorney Winheller is also an adjunct professor at the University of Münster and has been a lecturer at the Berlin School of Economics and Law for several years. As founder, sole shareholder and managing partner of WINHELLER, he is in charge of the strategic and international development of the firm.

Certificates of the Frankfurt Bar Association 2011-2017

Effective December 23, 2019, Stefan Winheller will take the chair of the Karg Foundation's Board of Trustees.

For the eighth time in a row, WINHELLER was included in the JUVE Handbook of Business Law Firms.

Advising the nonprofit foundation (Germany's first crypto foundation) on its establishment as a hybrid foundation and equipping it with IOTA tokens.

Advising the nonprofit foundation (Germany's first crypto foundation) on its establishment as a hybrid foundation and equipping it with IOTA tokens.

Successful negotiations on sponsoring and cooperation agreements with one of Germanys biggest labor unions.

Successful negotiations on sponsoring and cooperation agreements with one of Germanys biggest labor unions.