Foundation of Waves Association by WINHELLER

WINHELLER advised the open source blockchain platform Waves in establishing a nonprofit organization called Waves Association in Frankfurt, Germany to provide effective governance for its own ecosystem, Web3, and to foster the development of DLTs, including public and private blockchain protocols. Read the full article.

Interview with Benjamin Kirschbaum on Cointelegraph

The enactment of the 5th EU Anti-Money Laundering Directive marks the first time that crypto service providers, such as virtual-fiat exchanges and custodian wallet providers, will fall under the regulatory purview. In the interview with online magazine Cointelegraph, Attorney Benjamin Kirschbaum answers questions about the impact of the directive on the cryptocurrency market. Read the full article 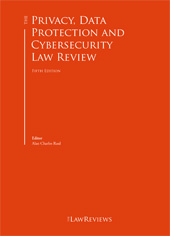 The respective chapter summarizes German data protection regulations, explains current regulatory efforts in the area of international data exchange and provides an assessment of the EU General Data Protection Regulation. Here you can read the complete chapter in English.

Cointelegraph spoke with German Attorney and cryptocurrency expert Benjamin Kirschbaum about the Telegram token "TON": “It is quite common to try to prevent regulation by the SEC and similar authorities by only targeting qualified investors." Read the full interview in English.

Anyone wishing to establish a company in Germany can freely choose its legal form. Attorney Uwe Müller and Attorney Thomas Schwab introduce the most common German legal forms in the Primerus Paradigm magazine and explain what to consider when choosing the right legal form for your company. Here you can read the full article.

In July 2018, the parents of a deceased teenager won the fight with the social media giant Facebook. They had requested access to their deceased daughter's Facebook account. In the magazine of our international network of law firm Primerus, attorney Dr. H. Elizabeth Kroeger reports on the Facebook decision of the Federal Court of Justice and related problems in cross-border contract law. Here you can read the full article.

Last week, Employment Attorney Dr. Eric Uftring was interviewed by the Hessischer Rundfunk in our offices at Tower 185. His expertise in the field of staff leasing in the low and high-wage sector was in demand for the magazine MEX. Here you can find the broadcast in the ARD media library.

The respective chapter summarizes German data protection regulations, explains current regulatory efforts in the area of international data exchange and provides an assessment of the EU General Data Protection Regulation. Here you can read the complete chapter in English.

After the European Court of Justice (ECJ) ruled that the German anti-treaty shopping rules violate European Union (EU) law in December 2017, the Federal Ministry of Finance reacted and implemented the court’s decision. The decision has an impact on profit distributions of German corporations to foreign parent companies located in another EU country or lying within the scope of this directive. In a two-page article, attorney Susanne H. Articus informs about cross-border profit distribution of German corporations. Here you can read the full article.

Dr. H. Elizabeth Kroeger and Susanne Articus on inheritance of cryptocurrencies in the F.A.Z.

In 2017, rates of almost all cryptocurrencies increased rapidly. Many have built up a considerable fortune in the wake of this boom. But how can crypto assets be made accessible to heirs? This question has been pursued by the attorneys Dr. H. Elizabeth Kroeger and Susanne H. Articus in the article "Cryptic Heritage" in the German national newspaper “Frankfurter Allgemeine Zeitung (F.A.Z.). Here you can read the full article (German).

In Germany, the legal relations between employees and employers are extensively regulated. Apart from European law, the rulings of German courts are of particular relevance to the German labor law. In a two-page article, Attorney at Law Benjamin Paffenberger informs about the seven most important aspects of German labor law. Here you can read the full article. 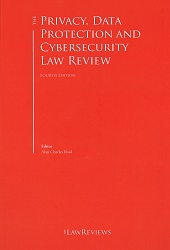 Germany is one of the world's most important economic nations and therefore particularly attractive to foreign investors. These gain access to the coveted German market through company acquisitions. In a two-page article, Philipp von Raven reports on M&A transactions in Germany. The full article can be read here.

In the financial magazine Payments & FinTech Lawyer, Attorney Lutz Auffenberg answers questions about the Consumer Financial Services Action Plan, that aims to increase access and choice for EU consumers in the area of financial services. The full article can be read here. 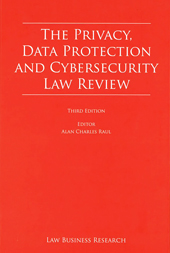 In the third edition of The Privacy, Data Protection and Cybersecurity Law Review, attorney Jens-Marwin Koch again co-authored a chapter on data protection and cybersecurity in Germany. He is an internationally renowned expert in the fields of copyright law, trademark law, media law and Internet law.

WINHELLER in the German magazine "Focus-Spezial" 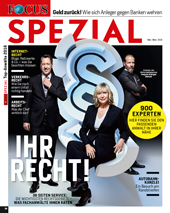 The German magazine "Focus-Spezial" lists Germany's top lawyers and is published once a year. In this year's edition, WINHELLER was first included in Germany's most famous law firm ranking. The magazine only awards business law firms that are highly recommended by customers and colleagues in surveys conducted by the market research institute Statista GmbH. Further information is available in our awards section. 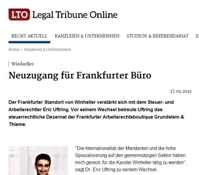 Since early May, WINHELLER is being supported by the labor and tax law expert Dr. Eric Uftring. The transition of Dr. Uftring from the Frankfurt law firm of Grundstein & Thieme to WINHELLER found broad attention within legal circles. The online edition of Legal Tribune reported extensively on the renowned newcomer. "The internationality of the clients and the high specialization in the nonprofit sector have moved me to work for WINHELLER", the newcomer said about his move.

For the TV show Inside Sport, a team of West German Broadcasting led an extensive interview with attorney Stefan Winheller and the former president of the German Football Association (DFB), Dr. Theo Zwanziger. Main topic under discussion was the legal aspect of the pension payments to the reigning DFB President Wolfgang Niersbach. The whole program, including the interview with Stefan Winheller, can be viewed here.

In recent days, WINHELLER was repeatedly consulted by various media and broadcasting companies. The BBC (British Broadcasting Corporation) was conducting an interview about the German and international press law and labor law for its program TODAY. The current discussion about freedom of the press goes back to the media coverage of the tragic crash of flight 4U9525. The heavy real-time criticism of the media coverage brought some legal issues of public relations on the agenda. Among others also the German news portals N24 and welt.de consulted WINHELLER on legal issues concerning media and public relations.

Attorney Lutz Auffenberg was interviewed by the Bitcoin platform Digital Currency Council on February 21, 2015 . As a sought Bitcoin lawyer and expert on virtual currencies, he answered questions relating to the regulation of Bitcoin transactions. Furthermore, Lutz Auffenberg explained typical stumbling blocks for Bitcoin startups. Click here for the complete interview.

Attorney Jens-Marwin Koch co-authored the book The Privacy, Data Protection and Cybersecurity Law Review. Writing a chapter about data and cybersecurity in Germany, Jens Koch contributed to this international research paper next to other well renowned experts. In his chapter, he summarizes the regulatory framework in Germany, gives an overview on current privacy law issues and prepares the reader for the upcoming EU General Data Protection Regulation.

The magazine e-finance & payments - law & policy reports on the development of the digital currency Bitcoin in Germany. Attorney Lutz Auffenberg helped to assess the statements on Bitcoin recently made by the German Federal Ministry of Finance. Download article German Ministry risks rendering Bitcoin "unfeasible" for business

Comprehensive management and tax software for the German crypto market

WINHELLER is represented by two lawyers in the 2021 Best Lawyers Ranking.